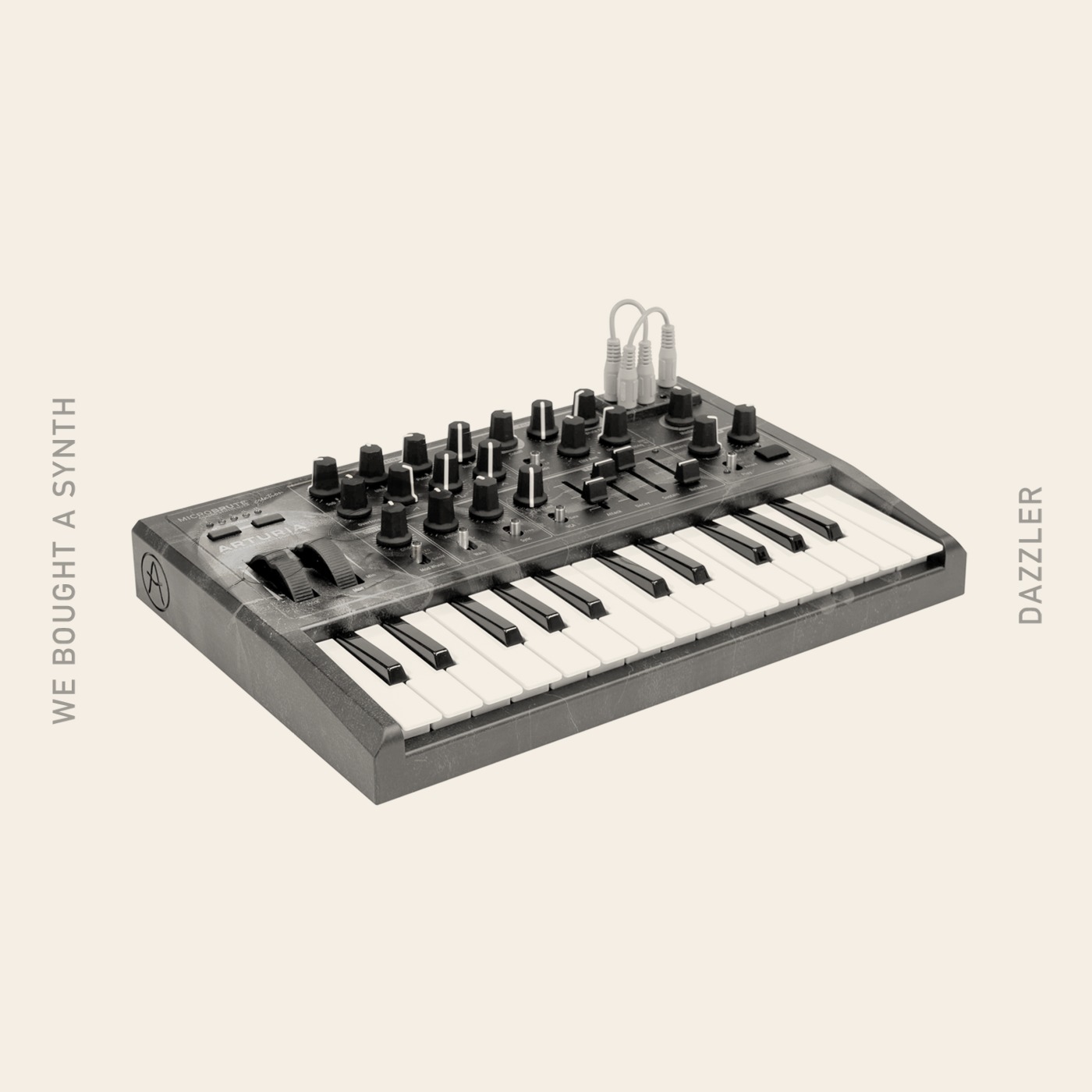 There comes a time in every band's life when they have to decide: will we give up, disband, move to the suburbs, have kids, and then later reform as a bad Stone Temple Pilots cover band? Or will we buy a synth?

Well, We Bought A Synth.

Andrew did at least.

We fired up our massive brains and used them to find so many nooks, so many crannies in which to stuff bangers. The banger density on this sumbitch has never before been achieved. You know how there's that room in Minnesota that is so quiet that when you're inside you can hear your own blood pumping and it makes you go insane? This is that, but with bangers.

Join us in this, our NINTH album, as we take a hard look at the concept and conceit of masculinity, asking questions like "Do you wanna fight?" "What makes a man pee" "Who gives us our muscles?" "What does taking the Bombay into the Cellar mean?" and many more.

This is Dazzler, and we love you.