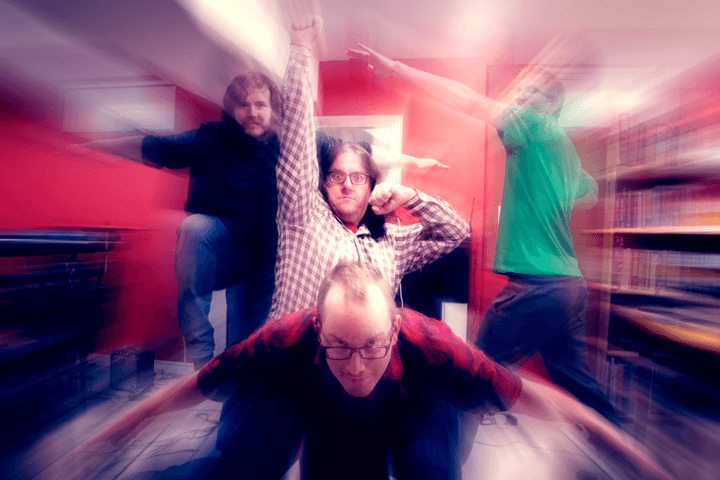 In 2006, Andrew de Koning and Keith Mclean got together with some friends and pretended they were in a band for about 5 years. They “wrote” 2.5 “songs” and recorded 2 of them. In 2011 they said “Hey wouldn’t a fun prank be if we recorded some songs for real?” and so they recruited the help of Kate Hudson (no relation) and released The Flash Is Back, An Evening With Dazzler. Also Ben Nicholls was in the room sometimes but he was too shy (read: not invited) to be in the band yet. 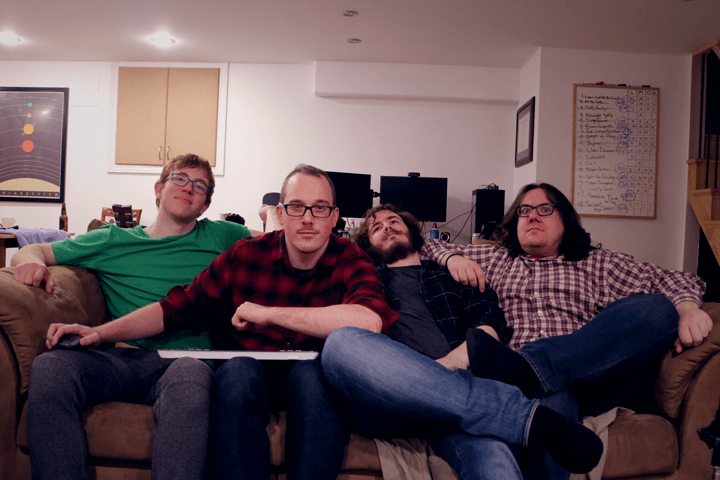 Fast forward to 2015, Andrew and Keith had a couple of albums under their belt that they shared, they were at the top of their game, but it was time to try to do something actually. Ben Nicholls, renewed with the vigor of a man who has some time on his hands and long time bosom buddy Joey Robert seal themselves in a room with Keith and Andrew for a weekend and officially form Dazzler’s core group. (Also Ben recorded an unreleased album in his basement with them that Keith forgot about til just now).

In the long, grueling 3 years since then, The Great Boys From Around Town have been putting out smash hit after smash hit after big hit after nasty cut. Along with their rotating selection of collaborators who dare seal themselves in the room where it happened, they have almost 30 minutes of listenable content (and counting!). Semper fi.