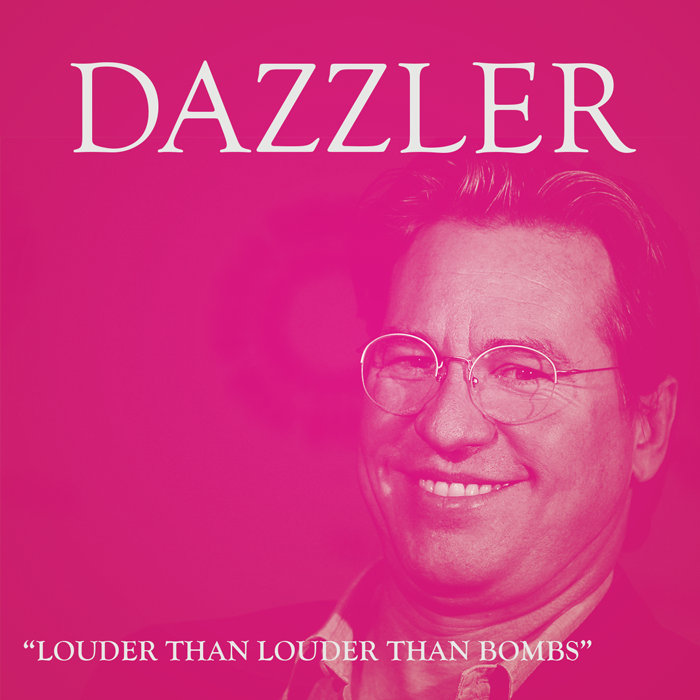 Dazzler returns with their most recent album ever.

Louder Than Louder Than Bombs (10 or more songs from your pals in the band that is good) is the musical swamp you've been begging to die in since the moment you learned what it meant to be alive. 10 or more songs about love, life, ghost, bread, dump, lizard men, Dragulas, holes, and more. Inside this digitized compactual disc you will find redemption, damnation, whichever thing you want, jesus I don't know.

THIS TIME DAZZLER IS:

All songs extremely written by one and or all of the above cool good guys.

Except for Dragula, written by Robert Zombie.